We recorded one of the best shows in not just our history, but ALL PODCAST HISTORY this past Saturday as part of the 2009 edition of Free 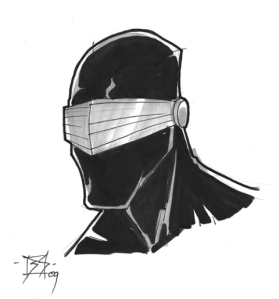 – SPILLS! Be amazed as we talk about the history of FCBD and what the publishers were cookin’ up for this year.

– THRILLS! Be enchanted by the interviews we did with shop co-owner Brett, store patrons and even Spider-Man himself!

– CHILLS! Hear Ben’s heartfelt apology for his actions against Josh in episode 12!

If you’re a comic fan, I guarantee you will love this show as there’s a little bit of everything including our talk with a manga-loving card player, an actual DC fan and what it’s like to be a shop owner. You’ll also hear from our special guest co-host PJ Huot, who you’ve heard in past episodes.

P.S. See that cool sketch at the right? That’s from Blair Shedd who Ben met at FCBD…more on this later on!

a bit. They are asking readers to vote on Comic Book of the Year, along with Comic Movie of the Year. Normally, I would have no problem with this, but that’s why I said ‘normally’. END_OF_DOCUMENT_TOKEN_TO_BE_REPLACED

Amidst the wave of teaser images, house ads and other clever marketing gimmicks, Marvel comics reached back into it’s 1980’s playbook and pulled out something it hadn’t used in a long time – traditional on-air TV advertising.  This 30-second TV spot promoting Marvel’s Secret Invasion aired last night during the Minor League Baseball Championships on ESPN2.  The ad leads viewers to embracechange.org, which is really just a link to the Secret Invasion page on marvel.com.  With Secret Invasion already 6 issues in, this ad is presumably aimed to boost sales on trade paperback which will be released once the mini-series concludes in November.  While it remains to be seen how effective the TV campaign will be, it’s nice to see Marvel pushing their core product – comic books – in a mainstream media venue.  That’s something we haven’t seen since the 1980’s ads for G.I. Joe comics. 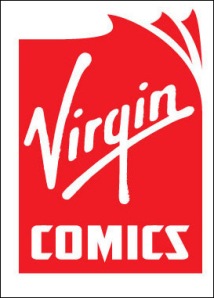 announcement of thier deal with Stan Lee. While it was awesome to see the godfather of comics, I was very skeptical about how things were going to work out. Attempting to launch a major comics line isn’t the easiest thing to do in this day and age, where if you’re not Marvel/DC/Image or a hip indy line, people aren’t going to take you seriously.

Well, part of my skepticism was warranted as Virgin Comics announced today they are closing their New York operation to move operations to their Los Angeles branch. From Newsarama via a Virgin press release:

“The Company is currently working with management to restructure the business and will release its future plans in the next few weeks.

Sharad Devarajan, CEO, said, “We remain excited about the business and partnerships we have built through Virgin Comics and are working towards a restructuring that properly takes the business forward. The decision to scale down the New York operations and concentrate on core activities is due to the current macro-economic downturn and is in no way a reflection on the dedicated and valuable employees we have had the privilege to work with.””

You can read the full Newsarama article here, but when you’re restructuring a comic line and closing down offices, that can’t be good. My guess is that by the next NY Con, Virgin will be deflowered and non-existent.