We’re bringing you a bonus episode this month, and couldn’t be more excited about our guest. Marc Guggenheim is a veteran of both comics and TV writing. His new creator-owned book, Stringers, hits shelves this week and we talk in depth about that book as well as his other comics work.

Marc was part of the “Webheads” braintrust that re-launched Amazing Spider-Man in 2008, following “One More Day”. His work on that title was well-received, perhaps none more so than the landmark issue #574, which left an indelible mark on the character of Flash Thompson. He’s currently writing two Secret Wars tie ins at Marvel and the comics adaptation of Arrow for DC. These are just some of Marc’s comics work that we discuss before turning our attention to Television. 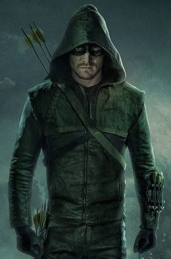 With dozens of Film and TV credits to his name, Marc is well-established in the cinematic realm. He’s a show-runner on the hit CW show, Arrow and literally joins us from the set to take time for this conversation.  Are Ollie and Felicity meant to be? What are Marc’s favorite Arrow Easter eggs? Can we get Diggle a damn costume?! These questions and more are put to the Arrow scribe on the eve of Season 4. Tune in and enjoy this hour-long conversation with a multi-talented, cross-medium all-star creator.

With the July release of Ant-Man, Marvel Studios has concluded “Phase II” of the Marvel Cinematic Universe. In this much-anticipated episode, we discuss, review and rank all 12 films. It’s hard to believe that when we started this podcast, Marvel had just released it’s first film. Now, just seven years later, the Marvel Cinematic Universe is a fully-developed, galaxy-spanning, multi-billion-dollar franchise with a commanding presence on both the big and small screen. 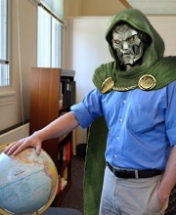 We’ve followed the Marvel movies closely over the life of this podcast and now, with Phase II concluded, we look back and give our definitive statements on all the films to date, including: Iron Man, The Incredible Hulk, Iron Man 2, Thor, Captain America: The First Avenger, Marvel’s the Avengers, Iron Man 3, Thor: The Dark World, Captain America: Winter Soldier, Guardians of the Galaxy, Avengers: Age of Ultron and finally Ant-Man.

Find out how each of our hosts rank the Marvel movies and hear our thoughts on the franchise as we wrap up the first two phases and look ahead to Phase III and beyond. Grab some popcorn and settle in because it’s time for a movie marathon.

Music in this episode by: Gary Glitter, Guns N’ Roses

The NEAR MINTerview is back! This week, we sit down with cartoonist, professor and entrepreneur, James Sturm. James is an acclaimed graphic novelist, whose works include The Golem’s Mighty Swing, Market Day and the Eisner-Award-winning Fantastic Four: Unstable Molecules. He’s been a contributor to Slate and The Onion and co-founded the Seattle alternative weekly, The Stranger. In 2004, he co-founded the Center for Cartoon Studies in White River Junction, VT – a two year institution offering a Masters of Fine Arts degree in comics and cartoon art.

In this hour-long conversation, we talk to James about his career, his influences and process as a cartoonist. We discuss alternative comics as a medium and find out all about the Center for Cartoon Studies. It’s a fascinating interview that will leave you feeling smarter than when you started listening.

Music in this episode by: Simon and Garfunkel