The 5th Annual Minty Awards are almost here, in which we recap the greatest comics, creators and stuff of 2012. We’ll be recording the Minty Awards show in late February and once again, we want YOUR input. Ben and Josh will name their own winners for best writer, best ongoing series, ‘oh-shit’ moment of the year and more – but we want to hear from you listeners as well! Give us your winners in some or all of the categories and we’ll include them in the show.

PLUS, we’ll select one response at random and that person will win a comics prize pack containing comics, packing peanuts and more.  So not only will you contribute to the show and give props to your favorite comics, but you could score yourself some cool swag in the process – what are you waiting for?!

Click Here to cast your ballot for the 2012 Minty Awards … you can also cast your vote (and be a part of the episode) by leaving us a voicemail at 815-31-SNIKT (76458). Make sure we know who you are so you can be eligible for prizes and we’ll play your message during the show.

Check out this year’s categories after the jump 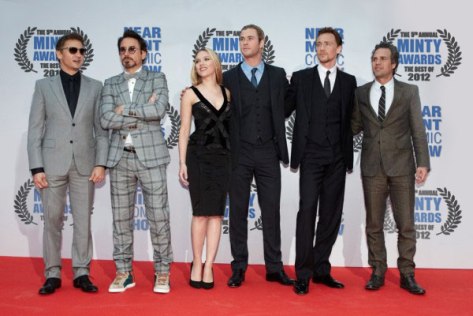 THIS YEAR’S CATEGORIES ARE: