Live from Granite Con 2010, we take in all the fun and excitement from the show floor in this overstuffed edition of the Near Mint Comic Show.  With a late-arriving Josh, we open up the show with a visit from Greg Giorgio.  We’ll hear about Greg’s decent into comics fandom as he devours Invincible Iron Man, Seige, X-Men: Second Coming and the Walking Dead.  When Josh arrives, it’s off to the movies with talk on all the recent and upcoming comic book flicks.  Paul Huot and his lovely wife Nicky drop by to talk comics and weigh in on the MANE-ga vs. MON-ga debate.  And finally, we wrap things up with a hearty discussion on Lost (recorded just prior to the series finale).  All this, plus a guerilla Minterview with Jim Lee from the recent Boston Comic Con. It’s a show so big we had to finish it 2 days later.  Let’s go Flyers!

Facebook Contest
As announced at Granite Con, we’ll be giving away a copy of Batman #619 (Hush finale) autographed by Jim Lee to one member of our Facebook group.  If you’re not already part of our Facebook fanbase, click the link on the right side of the homepage and become a fan.  That’s it – once you become a fan you’re automatically entered to win.  We’ll announce a winner at the end of June.

Music in this episode by:
Wilson Picket, the Beatles, Janis Joplin, Phish, Tia Carrere, Michael Giacchino and Rage Against the Machine

The Near Mint Comic Show will be back at the Granite State Comic Con as it makes it’s return to  Manchester, Sunday May 23 from 10am–4pm at the Radisson Center of New Hampshire. Come visit our table near Artist’s Alley – we’ll have games to play, prizes to win, free stuff and of course a live Podcast from the show floor.

Guests at this year’s show include Tim Seeley (Hack/Slash), Khoi Pham (Mighty Avengers), Talent Caldwell (Batgirl), Cliff Rathburn (The Walking Dead), Craig Rousseau (Perhapanauts), Daniel Larson (Stick-Man) and more.  The boys from Double Midnight Comics and Collectables have a host of cool events lined up for this year’s show including a special screening of Browncoats: Redemption, a tie-in to Joss Wheedon’s Firefly/Serenity universe.  There’s gonna be Zombies, Stormtroopers, Ghostbusters, Steampunk … I’m exhausted just thinking about it.  Click here for a full rundown of guests and events. We’ll see you at the show! 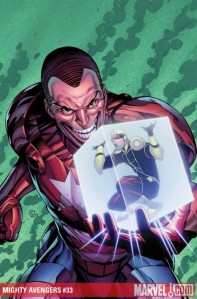